We recognise that every individual and every company is unique.

At Tier1, our approach is designed to fulfil the needs of each individual and company in order to achieve the perfect match between the candidate and the business.

To this end, we have developed and applied a unique “3-point approach”, which employs the practice of recruiting to Strategy, Position and Human Needs. This approach is key to ensuring a successful and long-term placement which not only adds value but benefits businesses and candidates alike.

We apply this 3-point approach to each placement accounting for the human needs of individual people, while scrutinizing their qualifications in order to assess their ability to deliver to their role’s specifications. We test their competence in order to ensure a precise fit within an organisational strategy.

We are the first recruitment agency in SA to offer Talent and Wealth Dynamics to our clients and candidates alike. Tier1 combines the dynamics and insights of Talent and Wealth Dynamics from both a personal and business development tool to focus on people’s strengths as opposed to their weaknesses. These skills encourage businesses to focus on identifying and ensuring personal growth and stress reduction, which ultimately leads to staff retention, increased productivity and overall financial success.

This coupled with our unique “3-point approach” allows for us to logically and cleverly match the right individuals to the right businesses in a mutually beneficial manner.

How We Do It

We work to ensure a perfect fit for both you and the company, but with a human perspective...

This is where a lot of companies stop when it comes to the process of sourcing a candidate to fill a position. It is generally assumed as a forgone conclusion that the right candidate merely needs to meet the right qualification criteria and skills requirements. When recruiting to Position, it is also essential to ensure that the job requirements of the candidates are aligned with that of the position in order to ensure the perfect fit for both the company and the individual.

The Human Perspective is vitally important in the recruitment process. We aim to place each individual in the right environment based on what makes that individual thrive as a human being. In essence, we seek to attract candidates who are able to meet their full potential when placed in the right environment, with the right people and in the right position. It is essential in the process to profile the client as well as the candidate in order for all elements of the human component and personality are catered for.

What it means to you

Successful companies look for long-term team members. For this reason, it is vital to look at and analyse how a prospective employee is going to add value to the future of the company. Ultimately, the employee’s personal goals and the goals of the company need to match to achieve the optimum result. Through experience, we understand that by ensuring an individual and an organisation have the same goals, the potential success is that much higher.

powered by our team of vibrant and highly motivated consultants

We work and act in perfect synergy in order to identify the perfect balance between the individual, strategy and position-related requirements specific to each individual client or candidate. 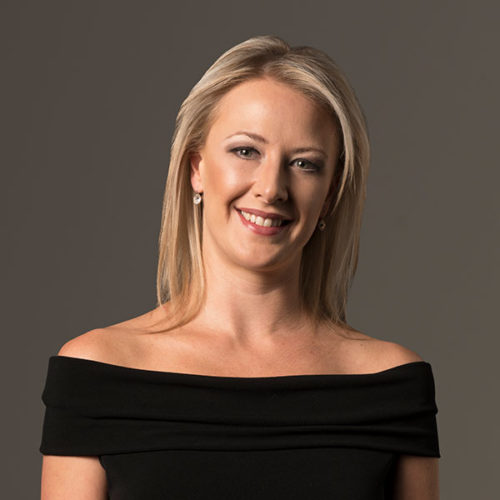 Early in her career, Shirley had the once-in-a-lifetime opportunity to purchase and develop South Africa’s first Speed Dating company.

As the business focused on matching people with their ideal partners, she soon discovered that matching individuals was in fact an art. In the context within which she worked in the business, she realized that, aside from the element of chemistry in the love equation, an individual’s core values were in fact, the Number One critical success factor. The closer an individual’s core values were aligned to those of another, the greater the potential for a long-term and successful bond between them.

Once she had grasped this principle, she realized that if it were applied in a corporate environment - matching individuals based on their core values with those of a business, this would be the key to a successful recruitment process. This revelation inspired her start to her own recruitment firm, continuing to match people - this time to companies and careers. This was her greatest inspiration, as she realized she could ultimately make a positive impact on, and potentially change the manner in which businesses employ and retain staff, while at the same time, creating improved staff retention, a happier workforce and successful growth for both, in a mutually beneficial manner.

Since accomplishing this, Shirley has also expanded Tier 1’s portfolio of product and service offerings to include a Training division as well as a verification and referencing company which focuses on background screening. And this is only the start... 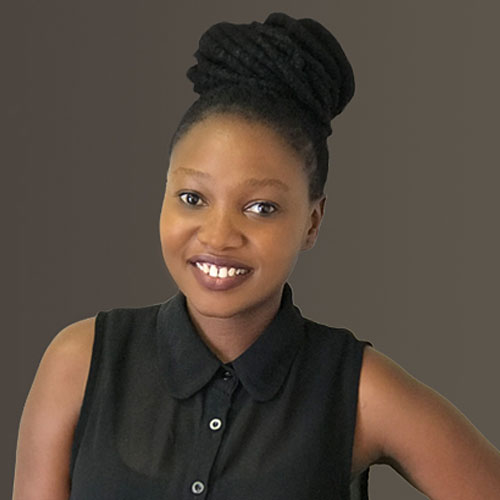 Akhona obtained a Public Relations & Communications diploma from the University of Johannesburg and is currently completing her degree. She worked as a Public Relations intern for a year and when her contract ended, she found a position working for a company in the background screening industry. Here she worked her way up from a junior position, handling the administration, to verifying the authenticity of the checks, to facilitating psychometric tests. This is where she gained her love of background screening. She realised she had reached a ceiling and decided to join the Tier1 and Crimcheck team and head up the Background Screening division.

Her experience and knowledge gained from studying Public Relations and Communications has helped her in engaging with candidates and clients alike, to ensure that they not only receive a great level of service but are made to feel welcome at all times. Akhona has a naturally calm, friendly and outgoing personality which puts people at ease, and coupled with her passion for this growing industry, has helped this division to sky rocket. Her contribution to both companies is phenomenal.

Akhona is excited to grow the business as she believes these background screening services are so imperative to every organisation and are so overlooked most of the time. This has become her mission; to create awareness as to the importance of these checks and thus make a difference in this industry; that being helping clients in all ways possible to ensure that they know who they are employing. 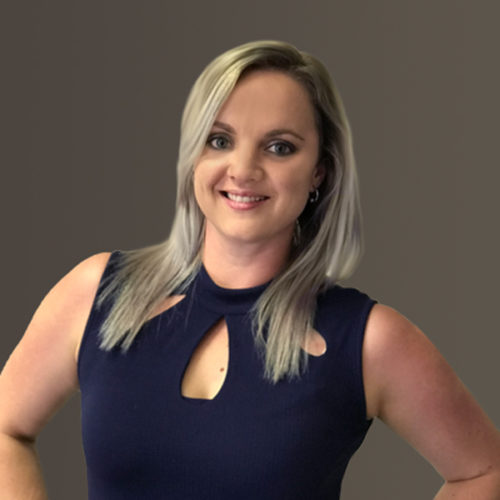 After Matriculating from the American International School in Johannesburg, Engela knew she wanted to make a difference in peoples’ lives. Her sights were set on either medicine or law, however she coincidently found herself in the corporate environment after completing temporary assignments to support her future studies. Having dealt with recruiters, she became intrigued with the process and the idea of creating synergy creation between companies and candidates.

Engela’s first job was working as an assistant to an office manager at an I.T company. She quickly realized that she has an affinity for IT and dabbled in web programming and very basic IT Support during quiet days in the office. Having worked with Technicians, Developers, Architects and IT Trainers, she quickly became familiar within the IT space.

Soon after she was offered a position as a Junior Researcher for an IT recruitment company and found that her strong attention to detail, sense of urgency and love of people made her perfect for the role. Having acquired different recruitment methodologies and knowledge within the I.T world, Engela decided to advance her recruitment career and obtained her APSO accreditation in 2010.

In 2013, Engela travelled internationally for the next 2 years, and was fortunate enough to recruit remotely for an organization in South Africa – combining her two passions – travel and search.

Upon returning to South Africa in 2015, she continued working in recruitment and gained insights to different industries; ultimately deciding to enroll for her B.Com in Human Resource Management through MANCOSA. Being able to apply the theory she was learning to different environments, coupled with a keen eye for detail, Engela climbed the ladder to an Administration Manager position for a functional outsourcing project in 2018.

Having successfully obtained her B.Com Degree in Human Resources Management, Engela combines her knowledge and awareness of corporate diversity, company strategies as well as recruitment expertise to ensure the most successful and long term relationship between candidate and client. 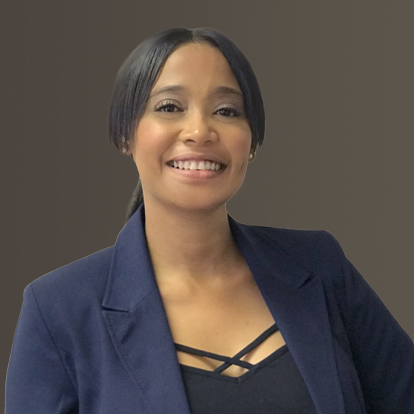 Michaela has always had an affinity for people and travelling, thus after matriculating, she joined a prestigious global airline group as a Flight Attendant and her dreams to travel the world were realised.

After 2 years as a jetsetter, Michaela realized she missed her family and friends too much, and decided to return to South Africa, exploring opportunities which embraced her passion for people. Soon she received a position as Marketing Administrator at a recruitment agency specialising in sourcing SAP professionals. She quickly worked her way into Recruitment Consultant position, gaining a wealth of experience in niche searching and exposure to candidates at various levels.

There are so many facets to recruitment – from sourcing to interviewing, to client relations, to salary negotiations, that she decided to broaden her scope, which lead her to her next position at a recruitment company specialising in the sales industry. Here she was mainly responsible for liaising and meeting suitable candidates for a variety of roles, thus integrating her passion for dealing with people. It was during this time, Michaela reaffirmed the value of continued education and enhancement of skill. She subsequently decided to enrol for a Diploma in Entrepreneurship and Business Management, which she is currently studying.

Michaela is an integral part of the Tier 1 team, adding value through her unique touch of distinctly matching candidate’s skill and persona to company expertise and culture. She looks forward to increasing her personal career growth through the continued exposure to a multitude of different industries and positions.

If you have a question, we have an answer. If you need something, we’ll help you. Contact us anytime.

In response to the global Coronavirus pandemic, Tier 1 has taken the decision to operate remotely in order to limit exposure to this virus. We have also made the decision to cease all face-to-face interviews, and thus will be conducting these interviews via Skype and WhatsApp as far as possible.

We will be available as per our usual times; and assure you of our continued dedication and service at all times. We can also be contacted via the following:

We feel it is our social responsibility to protect the health and safety of our team, the candidates and people who visit our premises as well as the community around us.

Thank you to everyone for your understanding and co-operation in this regard.